OnePlus TV Price, Specs: OnePlus recently launched the OnePlus TV in Indian Market. This is a 55-inch model which is available in two variants — the OnePlus TV 55 Q1 and the Q1 Pro. The Q1 costs Rs.69,900 and the Pro model comes at a price of Rs.99,900 in India. If you are out there in the Markets looking for your new TV, then should you consider buying the one from OnePlus? Well, that’s exactly what this post is all about. 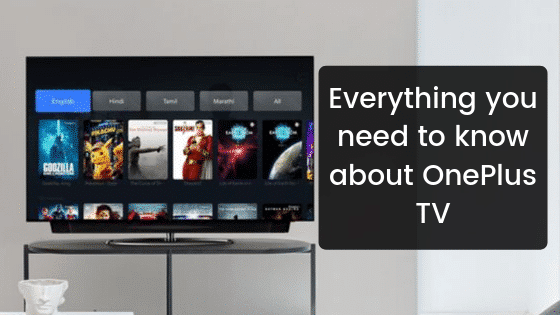 Today, in this post, we would be covering everything you need to know about OnePlus TV. From the specifications to Comparison. We will be doing that all in this post.

The first thing that you’ll notice after taking a look at the OnePlus TV 55 Q1 and OnePlus TV 55 Q1 Pro is how really slim bezels are on this TV. Now, both of the TVs have elliptical chrome base stand which is made up of really good quality. Also, the display just pops up on a vertical spine which is being attached to the base. The company calls this setup, the OnePlus Dock. The entire weight of the TV is held on by one single screw in the middle of the base stand. 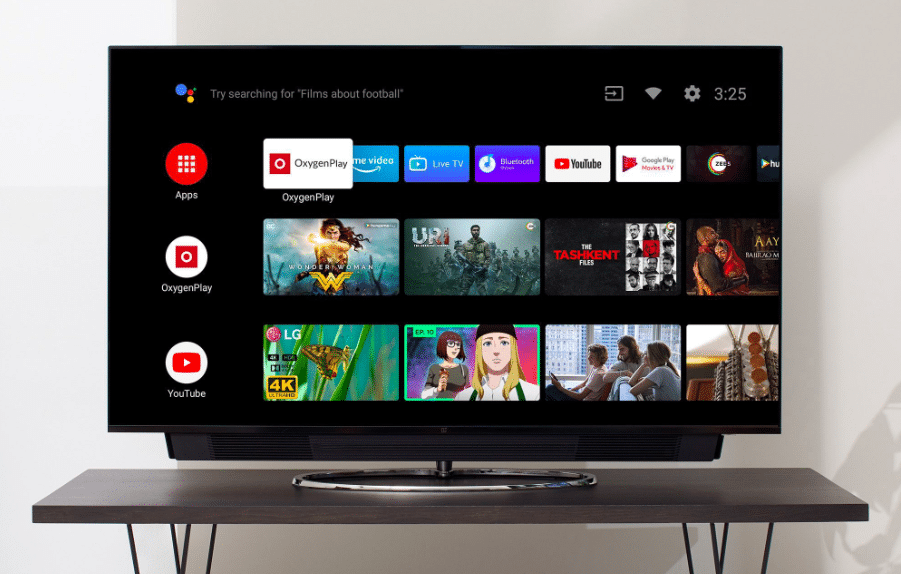 Now, since the whole TV weight is on a single screw, the TV does wobble even after a slight touch. So if you have kids at your place who likes to play inside, then you should definitely consider mounting this TV on your wall. To the back of the TV, surprisingly we see a carbon fibre pattern. Now, one of the major differences between the OnePlus TV and the OnePlus TV Pro is the soundbar. The OnePlus TV Pro comes with a sliding soundbar which slides in/out each time you power the TV on and off which looks absolutely gorgeous. 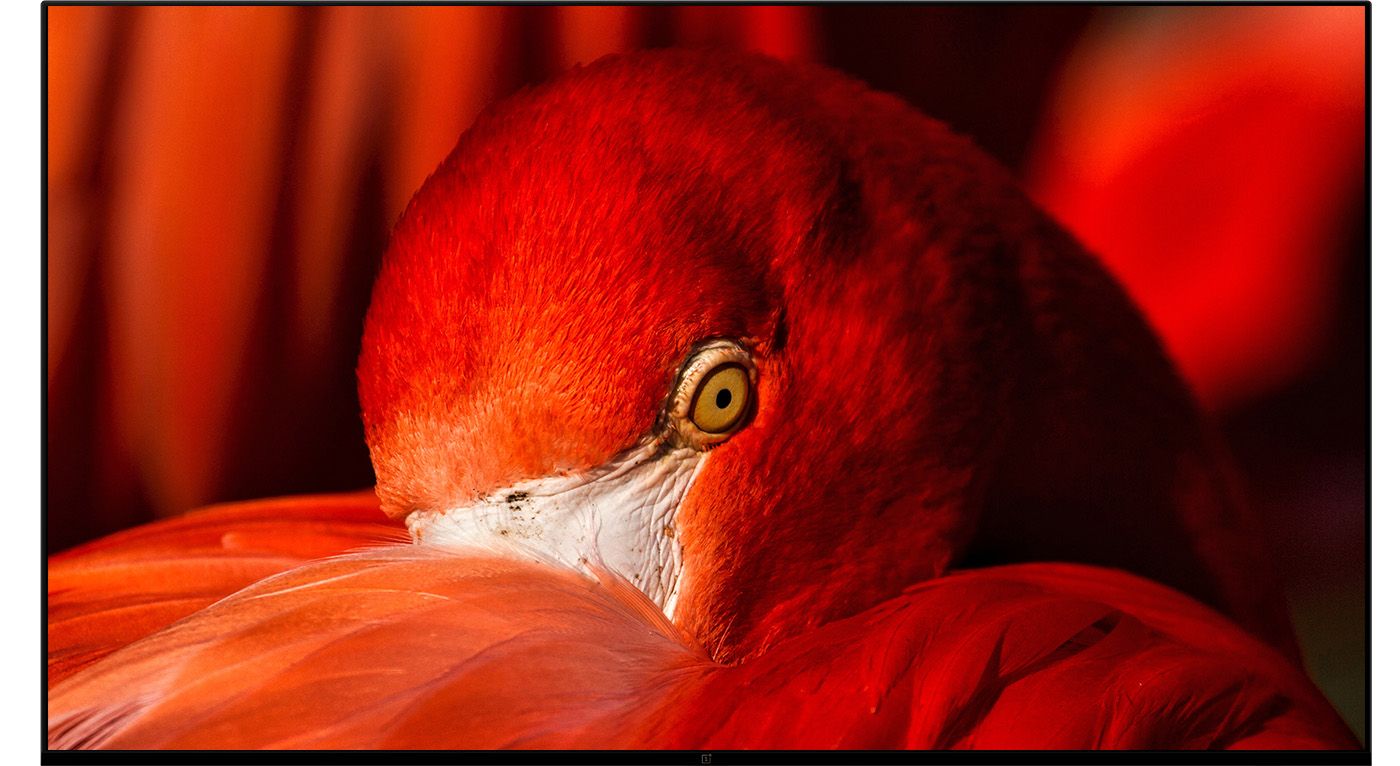 A TV might have the best features in the world, but if the display is not on point, the TV fails. Isn’t it? Afterall TV is more or less all about the display itself. Well, the OnePlus has done a very great job with the display on the OnePlus TV. The TV comes with VA (Vertically Aligned) Display which is 55-inch in size and is a QLED display. For those of you who don’t know about the difference between the OLED and QLED, then QLEDs are those LCD-based panels which feature quantum dots that light up with LED backlighting. 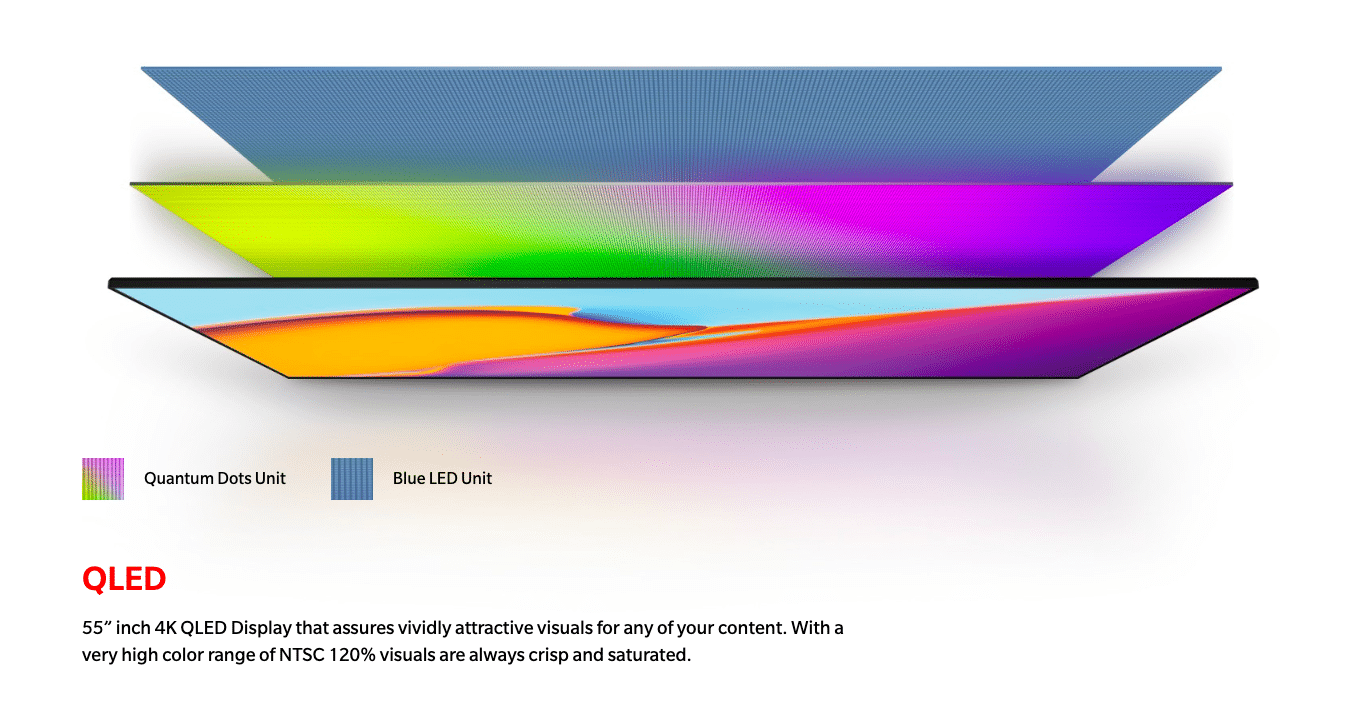 On the other hand, the OLED displays have pixels that emit their own light, hence producing a bit better picture quality. Having said that, the display also has NTSC 120% color gamut which is amazing. The TV comes with a custom-built Gamma Color Magic processor which further improve picture quality and color reproduction. All in all, the colors on the display are quite good and the display looks gorgeous overall.

The users can also tune the audio settings to as per their likings. There is also a lot of predefined User mode in the Sound Mode settings. If you have the OnePlus TV Pro, then you can also use the Soundbar as a Bluetooth speaker for your devices which is another great thing about the Pro version of the OnePlus TV.

Both the OnePlus TV and the TV Pro runs on an unspecified Mediatek Processor (Yea, unspecified!) and feature four HDMI 2.0 ports, three USB ports, one composite port, an Ethernet port, and one optical port. Out of these 4 HDMI ports, 1 supports ARC. You also get Optical Audio port, standard AV ports, and an old-school antenna port. Unfortunately, the TV does not come with 3.5mm aux port.

Now, there is a removable cover on the back of the TV which gives the users access to these ports on the TV. OnePlus TVs are also Bluetooth- and Wi-Fi enabled. For those of you who were wondering, Yes, the TV also supports Chromecast out of the box.

Both the regular and Pro versions of the OnePlus TV comes with the Android 9 Pie out of the box. The company has also promised Android OS updates for the next three years for both TVs which sounds great. Since the OnePlus TV runs on Google Android, the users can download and install apps from the Google Play Store and can also enjoy using the Google Assistant via remote.

Like OxygenOS on OnePlus smartphones, with the TVs too, the company has pushed some custom software in the form of its OxygenPlay application which comes pre-installed with the TV. Users can also enjoy services like YouTube, Amazon Prime Video, Eros Now, Hungama, Jio Cinema, and Zee5 on the OnePlus TV without any issues. 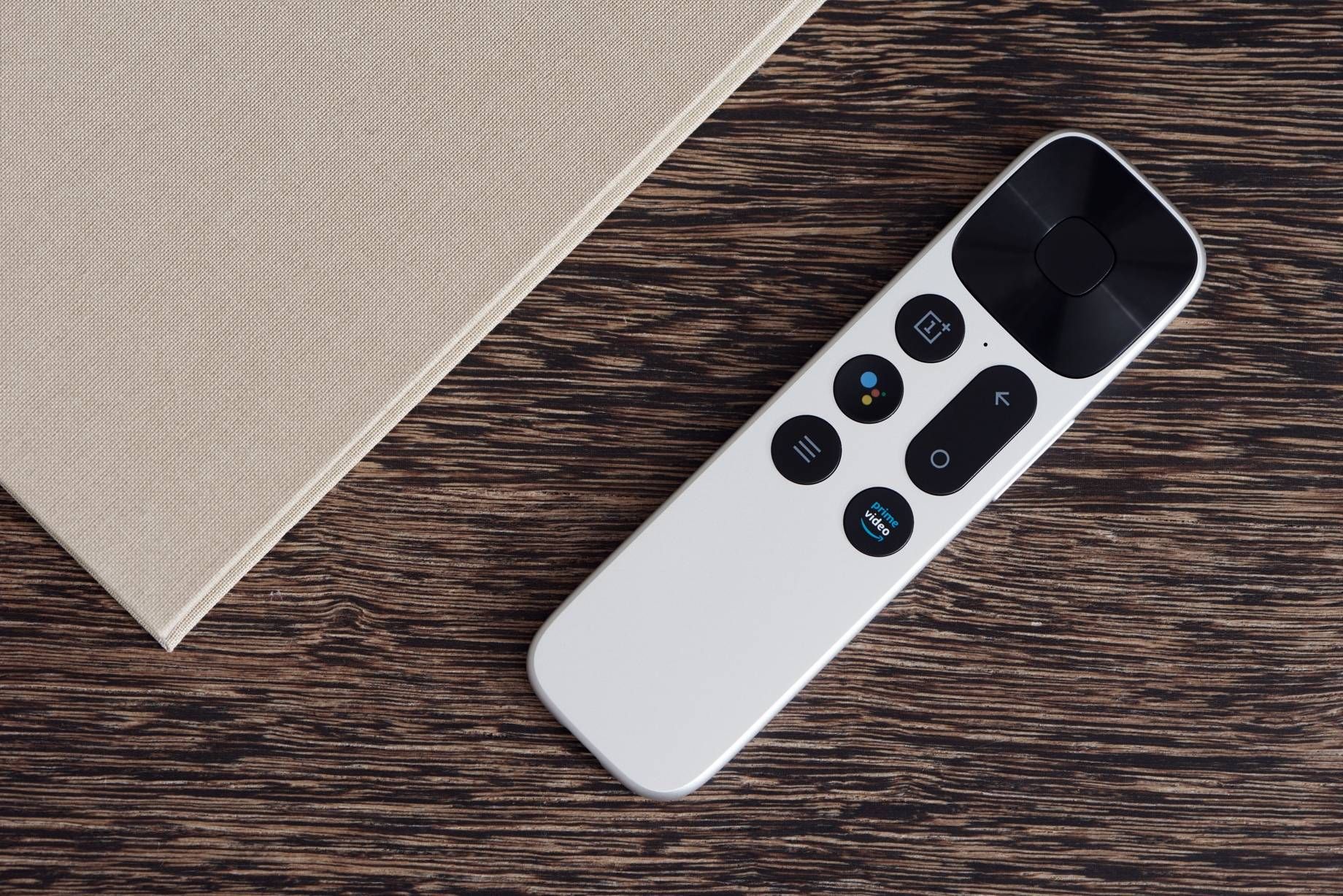 The OnePlus TV Remote is hands down the best and the most marketed thing about the TVs. Though the remote does not look that appealing and may lack ergonomics. It is quite functional and a lot different from an Ordinary TV remote. For instance, the TV does not have an infrared sensor. In fact, it works over a Bluetooth connection so you need not align your remote with the TV. Now, if you have a lot of Bluetooth devices at your place, then the connection might get interference.

This remote is powered by a Li-ion battery which the company claims to work for over 3 months. Also, the users can charge this remote via USB Type C cable which is another great thing. You get dedicated remotes for services like Google Assistant, Netflix and Amazon Prime on the remote.

So that’s it guys, this was our take on Everything you need to know about OnePlus TV Q1 and Q1 Pro. Let us know your thoughts about it in the comments section down below. 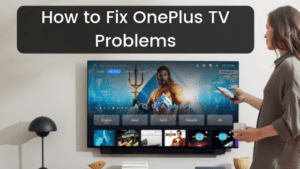 How to Fix OnePlus TV Problems 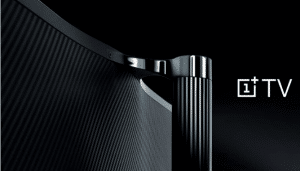