OnePlus has recently launched its most awaited wearable device, a smartwatch. The OnePlus watch comes with some fantastic features, and that is why it’s been on one of 2021’s most compelling gadget list. OnePlus Watch comes in two variants: the Classic Edition and the limited Cobalt Edition. Both are IP68 certified. It 1.39 inches full AMOLED touchscreen display and 4 GB of storage. Apart from these basic features, the OnePlus includes GPS support, speakers, and NFC too.

Common OnePlus Watch issues and How to Fix it

The OnePlus Watch did not receive the required appreciations. The wearable received mixed reviews due to poor activity tracking, GPS dropouts, and other issues. OnePlus has tried to fix most of these issues in its latest software update.

Product manager Raymond Z thanked the community for its feedback. He mentioned that the company is working on a stable version that will fix all major issues.

The OnePlus Watch’s latest update has a changelog that shows improvements in GPS, fitness tracking, and notification. Many users have reported that most issues have been fixed, but many issues are still to solve.

There are some basic problems with this Watch. First, the screen is too small to read. In addition, there are some problems with the band that can rub the face of your Watch, causing it to fall out. Next, there are always those apps that open up but don’t do much. The app notifications on the Watch did open up, but then they would disappear without warning.

The next issue is that the Watch gets very hot even when it is on. The band fits extremely tight on the Watch, which makes it uncomfortable to wear. This Watch doesn’t stay on long as the straps get caught up in the watch mechanism. After a few minutes of wear, they start to loosen, which makes them fall out.

Some users are facing some serious connectivity issues. It was difficult to recommend the OnePlus Watch, but the company has released a new update to fix all minor and significant issues with the smartwatch.

After a recent update, the company has improved its connectivity and fixed all issues. Now your watch won’t disconnect from your phone.

We see improvements in activity tracking for walking and running. Also, the heart rate monitoring algorithm is improved and working fine. The company has claimed that they have redesigned the syncing notification algorithm.

GPS is one of the most important features of any smartwatch. Many OnePlus users are facing some GPS issues with the OnePlus smartwatch. GPS depends on many factors, including the environment and your internet.

a. Shopping mall and indoors
b. Underground basement

Sometimes due to poor internet connection, you may face issues with the OnePlus smartwatch.

To solve the GPS issues, first, reboot your watch.

If you are still facing the same issue, try to install all pending updates. Also, update the map app on your watch.

Also, make sure that your internet is working fine.

Some users have claimed that their smartwatch is not syncing with their phones. It syncs after every 24 hours instead of real-time syncing.

To fix all sync issues with the watch, try to update the app and install pending system updates. Also, reboot your watch once.

OnePlus smartwatch users have reported that they are facing issues with the activity tracking app. The app is unable to track the user’s physical activity in real-time. It is very important to fix the issue.

To solve tracking issues with the health app, you have to reboot your watch first. Also, make sure that the health app is updated and working fine.

Calls do not sync automatically

Many users are facing this synchronization issue with the OnePlus watch and phone. The issue is, when the user calls someone, it is not syncing with the phone. So you can’t check all recent calls on your watch or phone.

Try to install the latest firmware update released by the company. Also, reboot your phone once. 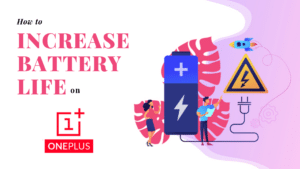 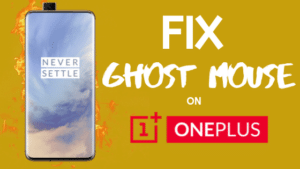 How to Fix Display/Touch issues on OnePlus Phones 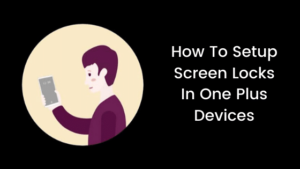